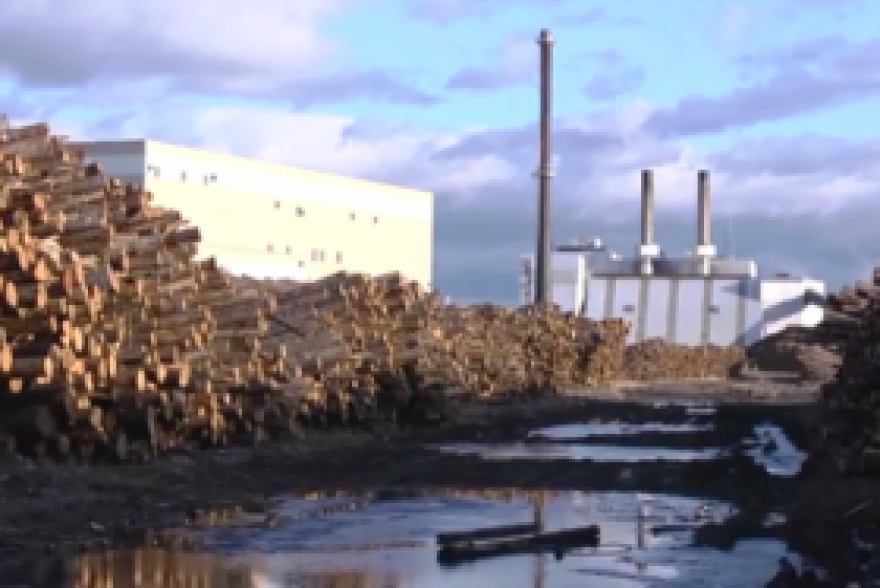 An economic development organization in Millinocket says it’s settled with the IRS over a $1.5 million tax lien on the former Great Northern Paper Mill site.

Steve Sanders, the director of mill site redevelopment for the group Our Katahdin, says his organization has agreed to pay the federal government $450,000 to remove an inherited debt on the 1,400-acre property.

The group bought the site in early 2017 with the intention of redeveloping it. But Sanders says the debt has made that more difficult. A wood products firm pulled out of an agreement to launch a factory on the site last year because of the lien.

“So with an encumbered property, you’re limited in what you can do for redevelopment efforts,” Sanders says. “Prospective tenants that want to locate on the site are tentative without full site control. So it was very important to get this big hurdle out of the way.”

He says under the settlement, the group will pay the federal government $450,000 to remove the lien and has already raised about 20 percent of that amount. He says once the debt is lifted, the organization can more easily recruit businesses and plan out redevelopment efforts.

“We can build that timeline,” Sanders says. “And we can say, ‘This is what’s going to happen on this site, on this timeline. These are improvements we’re going to make. How does that work with your timeline?'”

Sanders says that once the lien is paid off, Our Katahdin will also be eligible to receive a $5.3 million federal grant it was awarded last year to reconnect infrastructure, including power and fiber optics to the former mill site.

The group hopes to have the lien fully removed by the end of the summer.