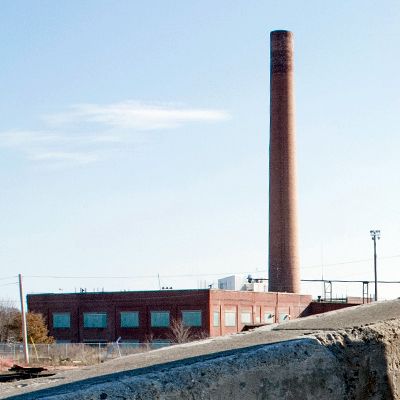 Our Katahdin, a nonprofit, has purchased the former Great Northern Paper assets in Millinocket, including a 1,400-acre former mill site, land adjacent to the Millinocket Municipal Airport, a 157-acre parcel of land at Ferguson Pond and a Regional EB-5 Center that carries a federal designation enabling foreign investment.

The deal — which includes all property and liabilities held by GNP West, GNP Holding II and the New England Center for Business Development — closed on Jan. 11 for $1.

The purchase comes with approximately $1.4 million in tax liability to the Internal Revenue Service and $164,353 in unpaid real estate taxes as well as additional back taxes on business equipment that’s owed to the Town of Millinocket, according to Our Katahdin’s announcement of the purchase.

“We know this purchase comes with enormous responsibility,” Sean DeWitt, president of Our Katahdin, said in the announcement. “We can’t promise instant results, but we can guarantee our best effort to help transform this idle industrial site into a productive, innovative bio- industrial park that leverages the comparative advantages of our region. This site is our heritage. We strongly believe in its future.”

On Thursday, however, the Millinocket Town Council voted to file a six-month waiver on foreclosure in the interest of defining the terms of continued collaboration.

“The best scenario for the citizens of Millinocket is to get the mill site back into service as an industrial  park, with the EB -5 designation  and environmental agreements intact,” Mike Madore, chairman of the Millinocket Town Council, said in a written statement. “A collaboration between the town and Our Katahdin gives us the capacity to begin the hard work of transforming the mill site into a world-class industrial park. This is about using the incredible assets we have in the area to bring jobs and investment to the town.”

Our Katahdin’s announcement reported that it will continue to work with Millinocket town officials on the remaining tax liabilities.

“Had the town chosen to foreclose on the property, it would have fractured the assets and embroiled the town in legal processes that would continue to delay economic redevelopment,” the nonprofit stated.

Madore said all the parties will be working together to marshal grants, create investment, incentives and “engage the local community in the process of redevelopment.”

Our Katahdin plans to utilize its community investment arm, Our Katahdin Investments, which also is a 501(c)(3) nonprofit organization, to provide opportunities for citizens to invest in the redevelopment of the mill site.

“We are grateful that Our Katahdin was able to acquire the mill site and all other assets as a single unit. It was better for all parties that the purchase was finalized with the real estate, industrial assets and critical federal and state designations intact,” Dewitt said, noting that discussions about the mill site between the nonprofit and the GNP entities began in the summer of 2016.

The Millinocket mill property had been envisioned as the site for a multi-phase $250 million biocoal manufacturing facility proposed by Thermogen Industries LLC,  an offshoot of the Portsmouth, N.H.-based Cate Street Capital. Those plans were later scrapped in favor of a proposed $140 million steam-thermal plant using wood pellet technology similar to plants in Crockett, Texas, and Selma, Ala., but that never materialized.

“This is outstanding news for Millinocket and for the entire Katahdin region. The purchase of the former mill will help relieve the town of a burden that it has had to bear for far too long, and it will finally allow innovators and entrepreneurs to come together, collaborate, and build a better, brighter future for the region. We commend Our Katahdin on this announcement and pledge to work with them in any way we can to support continued economic growth throughout the region.”