A California company will be turning part of a former paper mill site in Millinocket into a $300 million data center, scheduled to be running in late 2022. 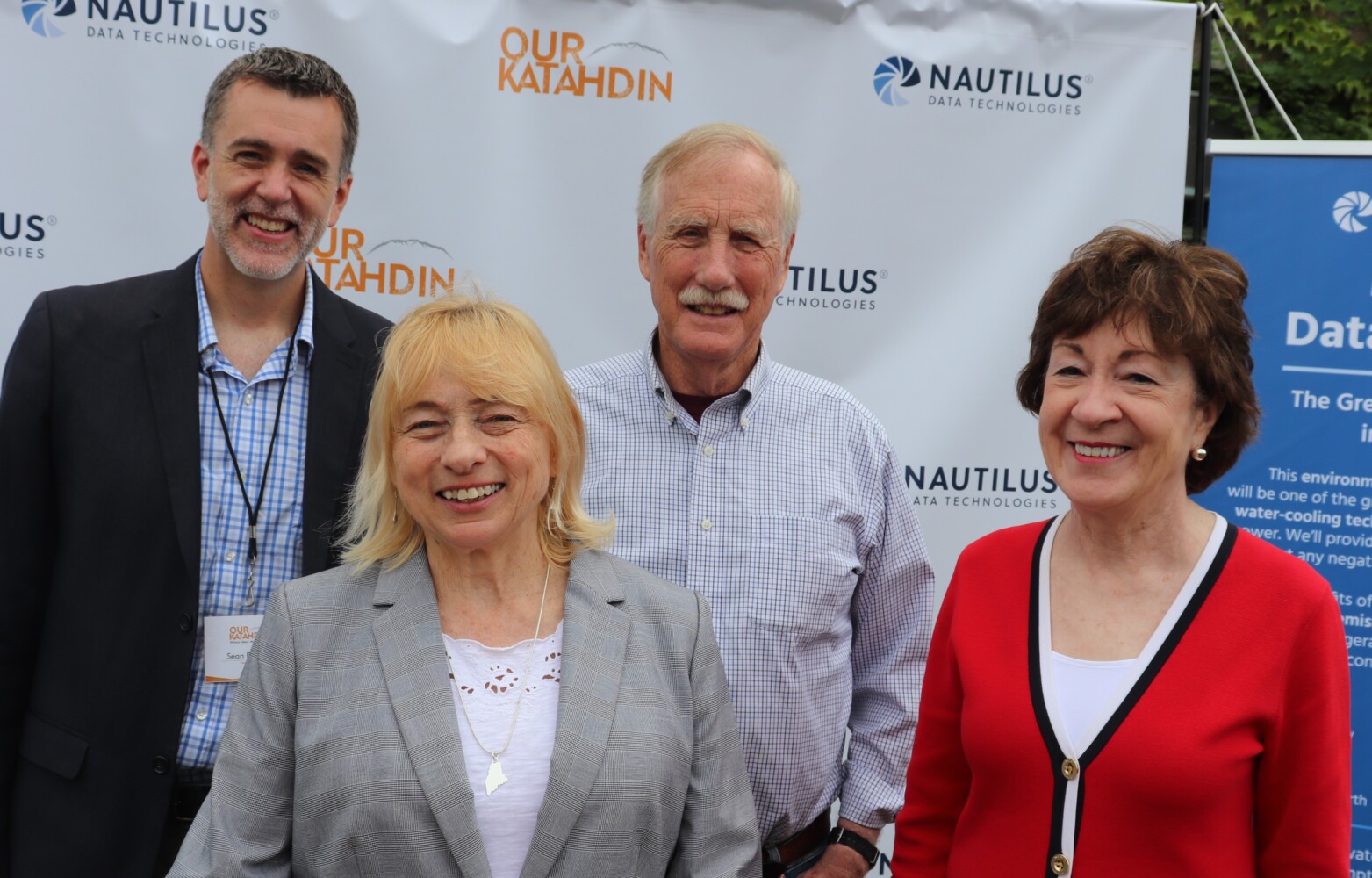 Nautilus Data Technologies announced Saturday it would build a 60-megawatt data center on 13 acres at the former site of the Great Northern Paper Co. State officials and politicians were in Millinocket to welcome the company and tout its ability to help revitalize the area, which was once a prosperous papermaking center but has been hit by hard times in recent years.

Gov. Janet Mills and U.S. Sens. Susan Collins, R-Maine, and Angus King, I-Maine, were among those who greeted company officials Saturday at the site. Nautilus said that its Millinocket data center will use 70 percent less energy than traditional data centers. The computer systems will be water-cooled and all power used will be hydroelectric. The company’s data centers store information for clients. The Millinocket data center’s customers in Maine will include The Jackson Laboratory, Maine Municipal Association and the Maine State Chamber of Commerce, officials said.

“As the global economy continues to emphasize both the importance of digital infrastructure and the urgency of confronting climate change, sustainable projects like this are the blueprint for Maine’s future,” King said in a statement. “The new Nautilus facility is an important step to revitalize the regional economy, which will put Maine on the map as a leader in digital innovation, further our state’s longstanding commitment to environmentally-friendly industry, and create good jobs that strengthen our communities.”

Press materials from Nautilus said the new data center would provide “permanent and well-paid technical jobs” for people in the region. Once the center is up and running, it is expected to employ about 30 Mainers full time.

Collins and King have both been involved in efforts revitalize the 1,400-acre site of the former paper mill. In 2018 they jointly announced that the U.S. Economic Development Administration had awarded the nonprofit Our Katahdin group a $5.3 million grant to help spur future business at the site. The group acquired the site in 2017.

“The real credit for this marvelous development goes to the people of the Katahdin Region,” Collins said in a statement. “The good jobs created during construction and through operations of the Nautilus center are but an early return on the investment in cooperation among members of the community and all levels of government.”

Welcome to WordPress. This is your first post. Edit or delete it, then start writing!...